Taking your pet from Jakarta to Bali

You are using an out of date browser. It may not display this or other websites correctly.
You should upgrade or use an alternative browser.
D

anyone knows about how to take our pet to be delivered / move in to bali (from jakarta). about permit , delivery agent , etc ? mine is 2 y o, female, golden retriver.

It is illegal to bring dogs into Bali at present because of the rabies epidemic even if they have been vaccinated. The best people I know of to talk to about updates are Groovy Pets in Jakarta. They have a website and you can find their email address on there.

it's been illegal for a long time, but that's not something that would stop someone from bringing there dog into Bali...I did it, and alot of other expats and non-expats do it as well.

Hi
Did you guys deal with someone special at the Groovy Pets?
My wife called them this morning because we have a dog in Jakarta that we would love to bring to Bali and they told her that they don't bring animals to Bali because illegal.
Have anybody used services from Groovy Pets recently ?
Many thanks

Andynice said:
Hi
Did you guys deal with someone special at the Groovy Pets?
My wife called them this morning because we have a dog in Jakarta that we would love to bring to Bali and they told her that they don't bring animals to Bali because illegal.
Have anybody used services from Groovy Pets recently ?
Many thanks


Would you tell anyone you do not know on the phone you will do something illegal?
Anyway,I think this whole conversation should not be held here in public,but by private messages.
D

Andynice said:
Hi
Did you guys deal with someone special at the Groovy Pets?
My wife called them this morning because we have a dog in Jakarta that we would love to bring to Bali and they told her that they don't bring animals to Bali because illegal.
Have anybody used services from Groovy Pets recently ?
Many thanks

As i know, ( info from the quarantine biro, at Gilimanuk, the dog will entering trough some legal procedure before it can live freely in Bali)
My Goldie is like a 2nd daughter to me. it's hard to live without it.
next month I will move in to Bali. I am Holding the rabies free paper from the pet doctor. also all the birth certificate and other paper needed to shown that it.
Also a lot of money..
because the procedure will be costly.. ..

you're being set-up for a costly "blackmail"....either you pay, or your dog gets put down, since already entering Bali with a dog you are wrong and will be held accountable.. on top of that you have broken the law, and can be fined (maybe jailed)..
So before bringing your dog to Bali yourself, get everything on paper from the big bosses on both sides of the crossing (Ketapang and Gillimanuk)...I doubt very much they will give you this...
so for the sake of your dog, reconsider your options...

From what I read in the indonesian animal forum, its hard to ship a dog to bali, yes, due to rabies. but just give a try.
there is also a planet petshop at gajahmada, lately he had this bad reputation, shipping 3 st bernard dogs and all 3 arrives dead. this pet shop put 3 huge dog in one kennel. fiuh.

yeah right LION air cargo :icon_lol: you're joking, if not then you seriously need to check your info

One sleeping pill for fido and then the rest of the journey in the boot of your car.:icon_biggrin:

Markit said:
One sleeping pill for fido and then the rest of the journey in the boot of your car.:icon_biggrin:
Click to expand...

My Lovely golden ret, is safely arrived & she is happy now..!:icon_razz:

Can someone post a link from an official government website which says bringing dogs to Bali is illegal? 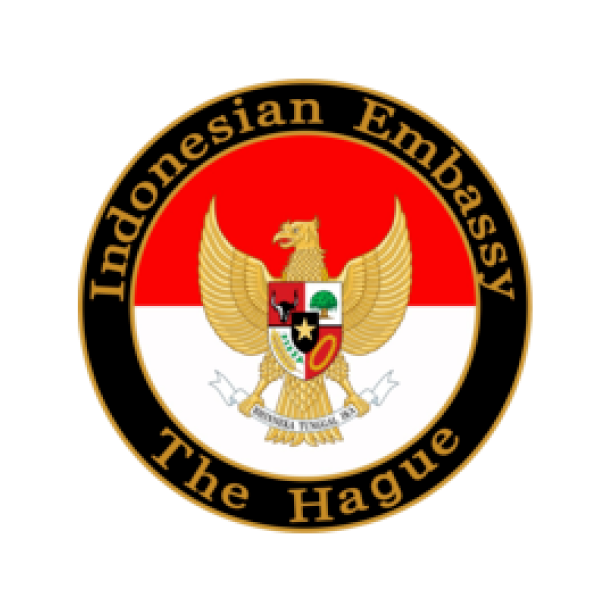 here's a link from the Indonesian Embassy in the Hague,
here's the text in the link :


Transporting Pets to Indonesia
Pets, such as dogs, cats etc, can be transported to Indonesia by requesting a letter of permission to the:
Departemen Pertanian (Ministry of Agriculture)
Up. Direktorat Jenderal Peternakan
Jl. Harsono RM No. 3-Ragunan-Jakarta 12550
Indonesia.

Specification of the pets (name, race, age, color and any other marks) must be mentioned in that letter. Documents sent to Ministry of Agriculture should be completed with other documents which have been legalized by the Netherlands Ministry of Justice and Ministry of Foreign Affairs, and the Embassy of the Republic of Indonesia in The Hague. The aforesaid documents as follows:

Health certificate from the veterinarian

Rabies vaccination certificate from veterinarian that is still valid at least 1 month before departing to Indonesia.

Director of Animal Directorate, Ministry of Agriculture will issue a letter of attestation that is valid for 1 month to gain a permission of animal entrance to Indonesia (import permit) from the animal quarantine, terminal A, Soekarno-Hatta Airport. The same procedure is also applied to bring out animals from Indonesia (export permit).

Clearly Bali isn't rabies free, so if I read right...dogs are allowed into Bali :icon_lol:

You just gotta love a place that is so fucked up :icon_biggrin:

Or maybe the information should be updated :icon_e_confused:

When I searched "Indonesia quarantine" I found this blog post from a company that has been mentioned here before.

Everyone says it is illegal to bring dogs to Bali, which I don't doubt is true, as that is what I have read in many places, but I would just like to try and find where this is written down.

Requirements to bring pets (dog or cat) from Rabies Free Country into Non Rabies Free Area via Jakarta Airport:
a. Import Permit must be obtained prior shipment of pets from the Ministry Of Agriculture, Directorate General of Live Stock and Animal Health Services at Jakarta, Indonesia. It should be processed from the Local Authority Office (Municipality Livestock Services) from where the pets will be delivered.
b. To get an Import permit need to submit: Valid Health Certificate, Rabies Vaccination has been done for more than 30 days less than 1 year and copy of owner passport and address at the destination. Blood titre test for Rabies antibody must have result more than or equal to (> or =) 0.5IU/ml. “New Requirement”.
c. Pets will be in transit at Jakarta Airport, in case of connecting flight will be the next day, then pets must stay overnight at the Quarantine Station, owner or agent must arrange for the transit, it will not be automatically done by the Quarantine officer or Airline officer. Importation must be done on arrival at Jakarta Airport.
d. On arrival pets should be accompanied by Original Document of: Vet Health Certificate, Rabies Vaccination Certificate / records/ book, and owner’s passport.
e. For sending pets as manifest cargo, consignee must have Government Import License Number, consignee as personal or owner will not be processed by Indonesian customs.
Click to expand...

it's nowhere to be found, written in/on a government website...it should have been written at the website of dep.peternakan dan hewan. but there's only cows and cows :icon_lol:

anyways, it's semi legal and semi illegal...how to travel from jakarta to bali, without passing through the area's mentioned (above), secondly if I am not mistaken decisions on national level preceed decisions on provincial level?
still in my opinion (humble) it's not dangerous in relation to rabies to import dogs, exporting dogs now that could be hazardous..
You must log in or register to reply here.
Share:
Facebook Twitter Reddit Pinterest Tumblr WhatsApp Email Share Link
Top Bottom