An Australian woman suffered terrible injuries in Bali this week after apparently having her bag snatched while riding a motorbike.

A young hairdresser from Byron Bay, who had moved to Bali to further her career, has been left with severe injuries after a violent bag snatch.

Emma Bell, 25, sustained critical head injuries and several fractures when she was attacked in Indonesia earlier this month.

After spending several nights in intensive care at a Balinese hospital, she was flown to Royal Perth Hospital late last week.

The woman has since returned to Australia but a local news report is saying that the woman made up the story make a false insurance claim.

A Google translation of the article is below. It is going to be interesting to see if the Australian media follows up on the story.

It was revealed, Caucasians who had been confiscated and Coma in Canggu were in fact lying

Only Reason Get Insurance Claims

Even worse, the coverage of the action which was viral viral on social media (Social Media) was just a trick of the victim to get an insurance claim

As confirmed by the Director of the General Criminal Investigation (Reskrimum) of the Bali Regional Police, Commissioner Andi Fairan, Tuesday (10/12).


According to Andi Fairan, postviral in social media, his party immediately sent a team to check the truth of the information to North Kuta Police Station.

From preliminary investigations at the North Kuta Sector Police, a team from the Bali Police Directorate General of Criminal Investigation received information that the Police Sector did not receive any reports of cases of theft (violence) with victim Emma Bell.

The reason is from Bryden's statement, Emma's confession that called herself a victim of begal was just a trick. Emma is said to have never been a victim

"His friend, (Bryden Ian) explained that Emma Bel did not experience begal. But she was just a casual lalalantas victim. Not a single item was missing as well," explained Andi Fairan.

So what is the purpose of Emma uploading the hoax information? Investigate a calibaration, it turns out that Emma Bell spread information that he was banned in order to get an insurance claim from his country after he had an accident.

"As for the reason he made the news that he experienced misfortune so he could get an insurance claim in his country," Fairan added.

Unfortunately, it has not yet been questioned, Emma Bell had first returned to her country in Australia on December 7, 2019 and then with her family.
P

My boss recently went to Bali (female) and had a few days on her own and told me she was fearful of bag snatches due to the media, I didn't know about this at the time, but told her I feel a lot safer in Bali than walking through Perth these days. Just goes to show it was just bullshit anyway!

This story has so many twists and turns. A friend of the victim, Emi Thompson, set up a Gofundme account to assist with Emma's ongoing medical expenses. Emi Thompson has now updated the Gofundme page to confirm there was in fact, no mugging and also confirmed that Emma had a scooter accident and was not wearing a helmet. Read the latest on the Gofundme page.

Another fresh story. An unfortunate Aussie hospitalized with serious injuries. Hope he recovers swiftly. A few questions though.

- "An Australian man is fighting for his life in hospital after he was ruthlessly beaten on the streets of Bali. Lachie Hunt, from Perth, Western Australia, was attacked and mugged in the tourist hotspot earlier this week". (Daily Mail).

- By looking at the photo on the gofundme page: Injuries to knees, hands, neck: I just wonder if he was "mugged and bashed up by a lamppost" while driving his motorbike?? I'm not suggesting "insurance fraud" as per tread title, just lapse of memory... I might be wrong and apologize if I was. 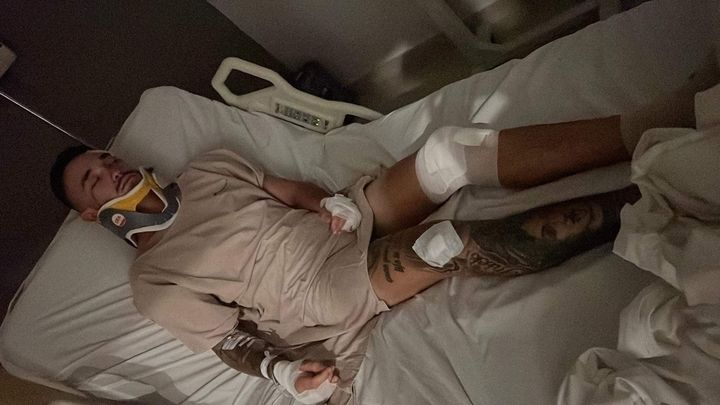 Hi Legends Our little mate Lachie Hunt has had a bit of a accident sounds like he was mugged … Jarrad Visser needs your support for Lachie hospital bills
www.gofundme.com 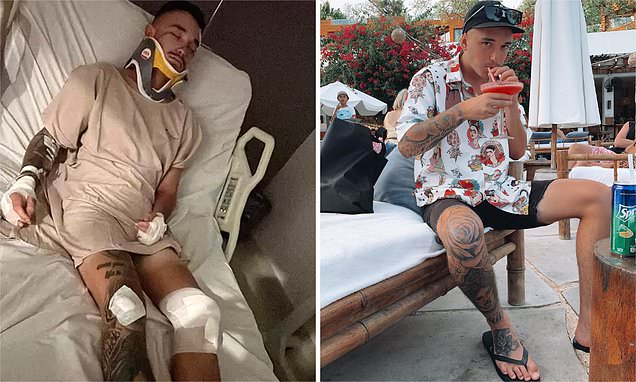 An Australian man is fighting for his life in a Bali hospital after he was ruthlessly beaten on the streets of Kuta. Perth man Lachie Hunt has bleeding on the brain, a broken leg and a fractured spine.

I'm usually not a fan of the bumped four year old threads, but since my original post in 2019 I know of plenty of phone snatches, drugs and petty crime in Bali. I remember they took off particulary in covid.

Follow up to 15 Jan 2023 post. The Aussie tourist had (as I suspected) a motorbike accident (while drunk and speeding), not "mugged and bashed" as suggested in foreign media. The Bali Police is setting the record straight in regards to the tragedy that befell an Australian national in Kuta, saying that an investigation into the case revealed that he was involved in a single vehicle crash and not assaulted as previously claimed.